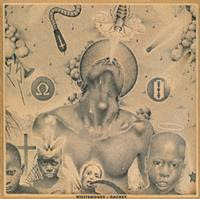 
I was excited at the prospect of a new Whitehouse album, as I'd enjoyed "Asceticists" so much, but "Racket" hasn't exactly lived up to expectations.

On the positive side, the use of African percussion (particularly on "Mouthy Battery Beast" - one of the stand-out tracks) adds another layer of tension to their assault and the usual razor-sharp sonic clarity is in full effect. They have included a couple of slightly more subtle instrumentals of which "Bia Mintatu" is excellent, but "The Avalanche" does occasionally veer to into directionless synth noodling (albeit with the feedback and resonance at 11).

On the minus side, they continue the Whitehouse tradition of padding out an already short album with a "reworking"of a track from the previous release ("Dumping More Fucking Rubbish"). And "Fairground Muscle Twitcher" is unfortunately reminiscent of a toddler with a harmonica.

In all a bit of a mixed bag: when they're good, they're fucking spot-on. When they're not, they're average - which is something a band with their attitude can't afford to be.